3 Mistakes to Avoid While Introducing the Feingold Diet 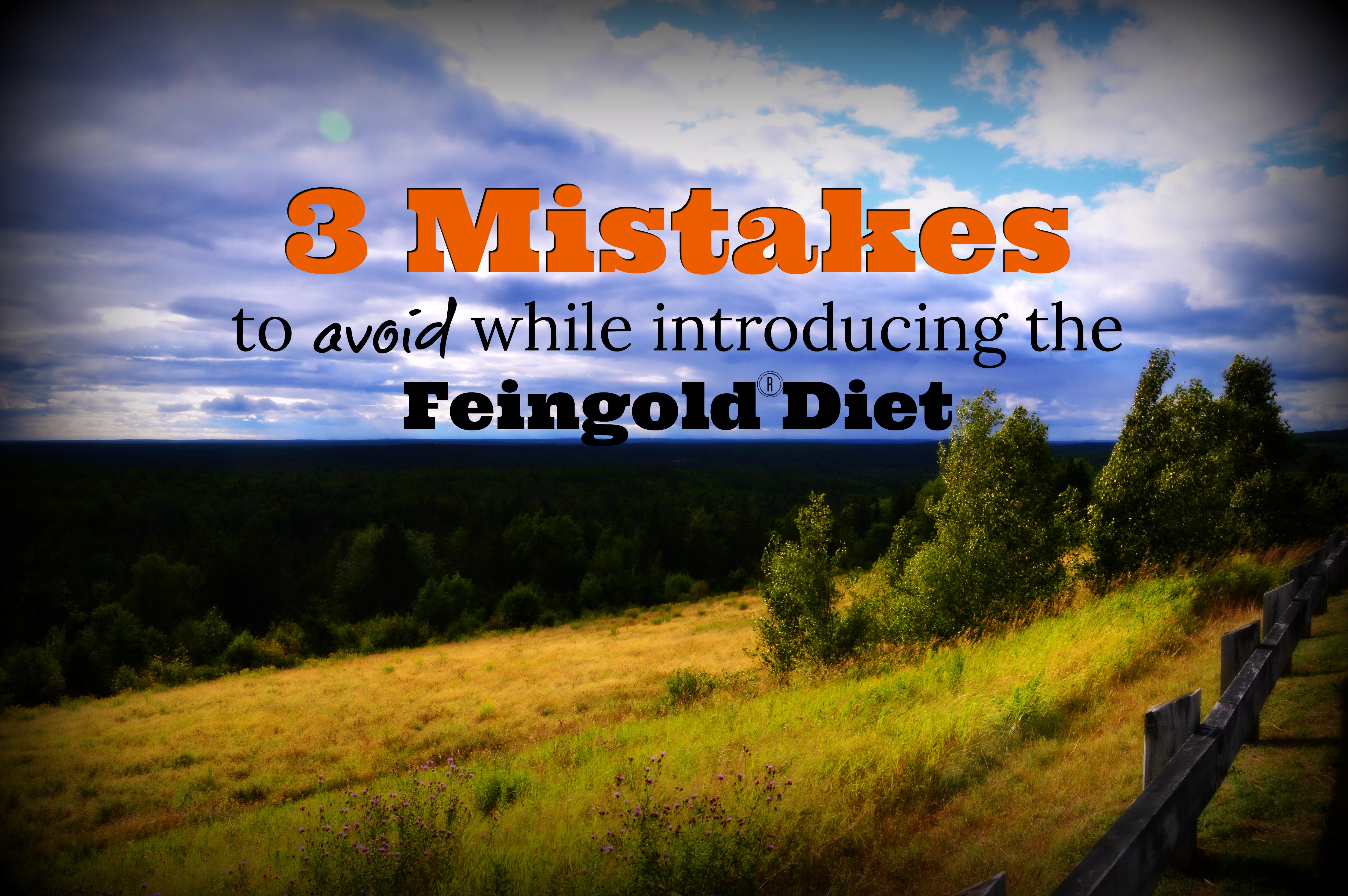 As a disclaimer to start this post: I am not a doctor and I am not stating that the Feingold® Program treats or heals Asperger’s Syndrome. This is my story about my kids, and since everyone is different, please use your best judgment when deciding what to feed your family. I am also not providing information that will diagnose Asperger’s Syndrome. This site is for general education purposes and is not a substitute for professional medical advice. Please seek competent professionals.

This post contains affiliate links, which means I receive a small commission, at no extra cost to you, if you make a purchase using this link.

My son has had health problems since infancy, but to shorten the story and get to the point, we will skip the earliest years filled with skin and digestive issues. We’ll begin with the process of finding the Feingold Program and Diet.

Shortly after my son’s 4 year “well-child” doctor’s visit, we moved to southern Maine. Previously, he had been drawing detailed train pictures and was starting to write. Once the move was over, I noticed that his drawings were becoming very simple and sloppy. He started drawing his letters backwards. He would not stop talking. Eye contact was fleeting.

When he was being screened for Kindergarten, the school staff thought that my son might have Asperger’s. Not knowing much about special education at the time (even with my teacher’s certification), I decided to homeschool him and avoid it altogether. His behavior continued to deteriorate to the point of hitting and biting family members and constant pacing in the house.

We started to talk about medication, but a couple of nice ladies at our local library had suggested that I read the book Gut and Psychology Syndrome: Natural Treatment for Autism, Dyspraxia, A.D.D., Dyslexia, A.D.H.D., Depression, Schizophrenia

by Dr. Natasha Campbell-McBride, otherwise known as the GAPS Diet. While the science in the book made sense, I couldn’t imagine making such drastic changes to our diet. Who eats that stuff anyway? Chicken stock? Homemade yogurt? Liver?

I decided to test myself and the kids for food allergies, using the book Is This Your Child?

by Dr. Doris Rapp. It took us almost a month to withdraw the potentially offending foods, such as wheat, corn, and eggs, and then to reintroduce them, one by one. I kept a detailed journal of everything we ate, and all notable kid behaviors. I even tracked environmental stimuli like perfumes and odors.

When we were done, all I knew for certain was that both kids were sensitive to red food coloring. In order to test the coloring, I gave both kids sugar-free red jello mid-morning. At the same time, our nurse practitioner called the house. While on the phone with her, the kids acted up, like they usually do when Mom is distracted. But this was different. The kids, ages 3 and 4, went wild, hollering and making a racket. They made so much noise, that the NP wanted to know what was going on. I told her that I was testing the kids for sensitivities to food coloring, and she said, “That’s a positive for food coloring.”

I started researching online for remedies for Asperger’s. Knowing that food coloring was a no-no for my kids, I found the Feingold Diet, which is well-known as an ADHD diet. The program compiles a list of food and personal products that they have confirmed (without laboratory testing) do not contain artificial dyes, additives, colorings, and preservatives. As soon as I had the booklet of instructions and the list guide, we began the diet.

Mistake #1 was taking the kids to the grocery store with me the first time I used the guide to find acceptable foods. Kids don’t have patience to wait while Mom flips through the book, looking for the right category and then trying to find a brand and flavor that matches one in the book. In the beginning, I needed 1 1/2 to 2 hours for each shopping trip. Brand shopping was a whole new ballgame for me, not to mention, an expensive one as well because I had to give away or throw out a lot of the food in the house. Fortunately, I had my parents on board with this experiment, and they were helping financially with the food. The only solution was to leave the kids at home with Daddy and shop during the early hours on the weekend. As I gained experience, shopping became easier and once the “larder” was filled with acceptable foods, it also became cheaper.

Mistake #2 was assuming some of the food that I had in the house was acceptable and not bothering to research it in the guide. I was making the extra effort to feed my family clean food, only to undermine my own efforts with unacceptable food in the cupboards and fridge. The lesson learned was that “organic” and “all-natural” on the label do NOT mean that the food is free of artificial preservatives and other harmful additives. Also, personal hygiene products, like soap and lotion, can make a big difference as well. Harmful things are easily absorbed through the skin.

Mistake #3 was carrying the torch by myself. I insisted that all food in the house would be Feingold approved, but only encouraged my husband to follow suit outside of the home. He did not read the Feingold materials, but, instead, he relied on me to explain the program to him. As a result, he did not have the benefit of the scientific background that supports the program, nor the confidence that comes from understanding the process and the guide. He regularly questioned me regarding the thoroughness of the food guide, and whether a product really was not acceptable, or was just not tested. I should have insisted that he read the supporting materials as part of this effort to help his son. Trust the guide.

After a month of following the program, Stage 1, did I see any differences?

Honestly, not a huge difference. My son still had meltdowns that felt like the end of the world. My daughter would cling to me and then oppose me.

Did the program work? Yes.

How can I say that?

It takes a while to see results sometimes because of Mistake #2 and #3. A month is not long enough.

I continued with the program and moved to stage 2, but added another diet, because I was desperate to see improvement. I had heard about kids turning the corner on a gluten- and casein-free diet. Many kids on the Feingold program do just that and thrive. But I didn’t want to restrict our diet for the long-term.

Reintroducing the GAPS book! This time, I ordered my own copy and embarked on the Full GAPS diet, skipping the intro. The point of this diet is to heal the gut lining with foods that don’t feed the bad bacteria and to replace them with good bacteria. It can take a couple of years to make this change permanent. We adhered to the diet for 4 months, without any “food vacations”.

I got my son back! My daughter blossomed! I was in the best health of my entire life as well.

He was far from neuro-typical (NT), but the anger and impulse were mostly under control and he could enroll in school for 1st grade. My daughter settled in beautifully in Kindergarten. The school year was not without its struggles. At one point, he bullied and hit another child. We still had a long way to go, but there was hope that he could function well around other kids.

Once in school, we transitioned from full GAPS to a Nourishing Traditions

style diet, while continuing to adhere to the Feingold Diet, stage 2. We continued to be in excellent health and my cooking skills were growing by leaps and bounds. We had “homemade everything” it seemed, and no sugar at all.

When I initially put the kids on the Feingold Diet, they were so sad about missing their M’nM’s. I promised them each a small package of the candies for Christmas. I tried to convince the kids that an acceptable candy bar would be delightful, but they were adamant.

And they didn’t forget. After 4 months of eating separate food from their peers and drooling over forbidden colored cupcakes while eating Mommy’s banana nut muffins, they had not forgotten my promise and reminded me regularly. Christmas rolled around, and they discovered a package of M’nM’s in their stockings. Wanting to enjoy their contraband treat as long as possible, they paced themselves and ate one at a time.

Shortly after the candies were eaten, Christmas went to hell.

Realizing we were in trouble, I told the kids to eat all of the candies right away. Leave none for tomorrow!

A week later, we had our sweet kids again, just in time to send them back to school.

There is your answer. Did the Feingold Diet work? Yes.

Fast-forward to the present

It is now 10 years later and we have renewed our membership to the Feingold Association and have an updated Food Guide. My good health is starting to return, as it did years ago. Do I see a big change in the kids? Only when they go off the diet. Where do we go from here? Not sure, but I am certain that the time I invest in the kitchen, cooking healthy food, free of anything artificial, is returned 10 fold in the health and happiness of my family.

To be sure, there is a steep learning curve when it comes to cooking from scratch (find help here), but I am not putting out fires created by poor behavior in school, or calling family meetings to smooth over a crisis caused by insensitive siblings.  Perhaps you find yourself arguing with your kids or worrying about their health. Before medicating your children, please consider changing their diet. The Feingold Diet only requires a change in brands, for the most part. It is a wonderful first step! Check out their website for testimonials and you’ll find many Feingold families ready to encourage you.

Feel free to email me as well: kathy@busybirder.com 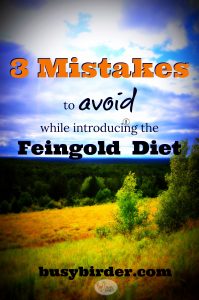 Learn from my mistakes! The Feingold Diet is a wonderful place to start healing your family.

Success! Now check your email to confirm your subscription. 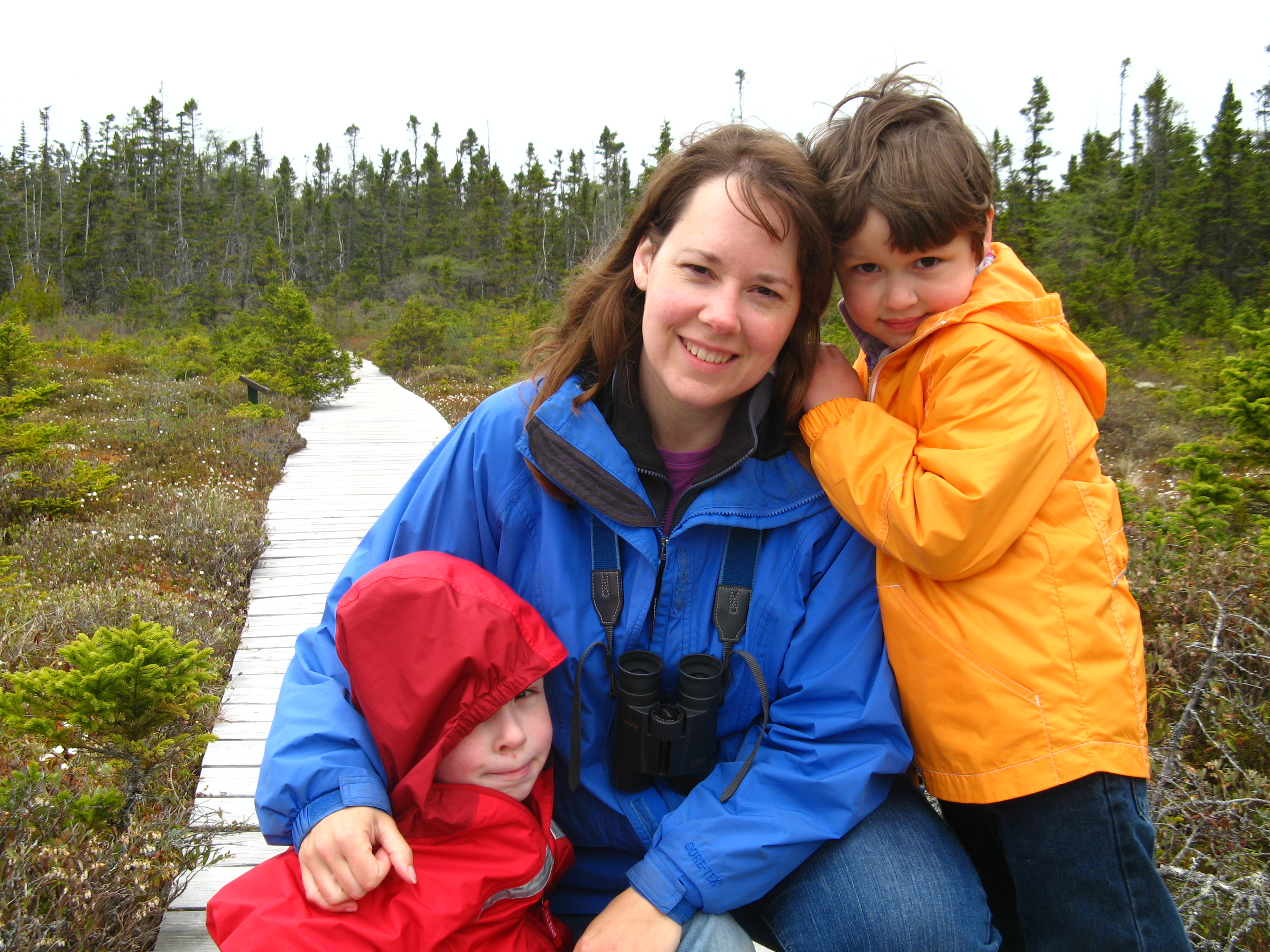 Success! Now check your email to confirm your subscription.